This past month, New York Times released their results for the New York Times Summer Reading Contest, and Aralia students have successfully earned prizes in this competition!

Upon enrolling in the Aralia Writing Competition Prep Program, students are encouraged to participate in national and international writing competitions. Aralia students partook in the New York Times Summer Reading Contest and received 2 Runners-Up and 1 Honorable Mention in week 6, week 8 and week 9 of the competition.

Since 2010, the New York Times has held a summer reading competition for middle school and high school students from all over the world every summer. The Summer Reading Contest invites students to choose something in The Times that has sparked their interest and submit an article responding to the question “What got your attention in the Times this week?” At the end of every week, judges from the Times newsroom pick their favorite responses, and the winner’s work will be published in the NY Times.

The New York Times Summer Reading Contest is very competitive. For example, in Week 6 of the competition, the number of worldwide participants exceeded 1,000 people. Therefore, students only had a probability of 2.38% to win a prize. It’s a fierce competition, and we were super elated to hear that an Aralia student won the second prize in such a competition.

An example of a winning entry is a response from an Aralia student to a business article: “Your Steak Is More Expensive, but Cattle Ranchers Are Missing Out”

This is ridiculous! Beef is now $15 a pound, twice what I paid before! It has to be all the relief checks handed out by Biden that are causing inflation!” my uncle asserted, echoing the misinformation he had gotten from social media. Born in China and immigrated to West Virginia over 20 years ago, my uncle has seen his fair share of economic ups and downs. But somehow, he often blames “socialist” welfare policies.

I dismissed his wild guess. With my rudimentary Econ knowledge, I knew it had to be something other than the 5 percent Consumer Price Index increase that was causing the hike in beef prices. “Your Steak Is More Expensive, but Cattle Ranchers Are Missing Out” by Julie Creswell not only confirmed my hypothesis, but also enlightened me to the real reason behind it.

It turns out Big Four meatpackers have been monopolizing the supply for years. Despite the surging demand of post-pandemic consumption, ranchers have seen little profit increase while meat processors are making as much as $1,000 in profit per head of cattle instead of the normal $50 to $150. Meatpackers don’t have incentives to increase production “as they make more money on fewer head counts.”

I told my uncle the real reason behind the beef price hike, and he said it made sense. Thanks to Ms. Creswell, my uncle will be wondering when a Senate antitrust investigation of meatpackers will solve the problem, rather than blaming “socialist” policies, next time he buys another expensive steak.

For new and emerging writers, competitions like the New York Times Summer Reading Contest offer a great opportunity to enhance writing skills and gain a chance to win an award! Come and register for the next Aralia Writing Competition Prep Program this upcoming month. There are few spots left, so hurry up!

Description: Students will learn the nuances of language, including figurative language, effective structuring, and specific forms to apply to their own piece(s). Students will work directly with both literary and media texts to plan and write their piece(s). This class will also help the students write with an aim for an audience as their submission for nation-wide and international writing competitions that are timely with the course schedule. 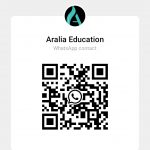 Contact our course consultants for further class and price information

Be the first one to register for classes with our tutors!

How Aralia will help you achieve